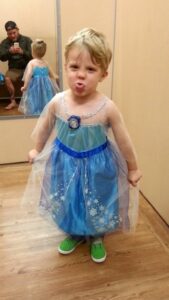 Gender is an important topic to discuss with children from a young age. It helps them understand the world around them and how they fit into it. It also helps children develop a healthy sense of self-esteem and body image.

It is a complicated and confusing topic for many parents so let’s start with some basic terms.

There are three main terms to keep in mind: sex, gender identity, and sexual orientation.

Sex: This refers to the sex that is assigned at birth – somebody looks at a baby’s genitals and it is a boy or girl based on their genitals at the time of birth. this is based on the baby’s anatomy on the outside – it is a boy or a girl. At birth, boys have a penis, and girls have a vulva.

Who is someone attracted to – – is yet another description of who the person Who someone wants to be in a relationship with – physical attraction – with another person – in relation to others. For example, a person may be attracted to males, females, or both. A person’s sexual orientation does not change. This is based on the person’s gender identity. How they feel inside. They can be gay, lesbian, or bisexual amongst others.

The many facets of GENDER AND CHILDREN

Let’s address the gender topic a bit more. Remember, gender Identity is how you feel inside as a person.

When your external genitals match your internal feelings that are known as cisgender – cis means the same. For example: “I”m a female at birth and I feel female on the inside as well. For most children, their inner identity matches the sex that they were born with. For others, this inner and outer sense of self doesn’t match. For example, if a boy was born with a penis and therefore male, but inside doesn’t feel like a male, this is known as transgender. Another way to say it is when the inner gender identity doesn’t match with the sex that was assigned at birth, this is called transgender. Trans means the opposite or across from.

As parents, it helps us to use this opportunity to stop at this point and reflect on our own gender identity. Many times, we just know our gender identity early in life. It may be easy for some of us and more difficult for others whose sex doesn’t match their identity.

We don’t know what makes a child transgender or cisgender – lots of studies are being carried out at this time to better understand. We do know that this is NOT a choice. Your gender identity is what you were born with, not a choice. Probably a biological component to it. When does somebody know they are transgender? Sometimes as early as 3 or as late as adult life. We understand child development better nowadays and here is what we know:

Children’s gender identity is present at a very early age. Early on, children don’t have the language to be able to explain and convey to us their feelings. What is healthy for all kids is to be free to explore the different options that society states a girl and boy should be/do. For a girl to play with airplanes or boys to play with dolls. As a parent, just be with them and allow them some space to figure it out and explore their different identities. As complicated and sensitive a topic this is, go slow and continue to learn.

When talking to children about gender, it is important to:

– Be open and honest

If you haven’t had an opportunity to start the conversation with your young child about sex, here is an e-book that you can download and use. Above all, keep it simples, breathe, and do it often. Start with the basic principles which will keep the doors open for future conversations.

If you have specific questions don’t hesitate to contact me at info@healthychats.com

Of course, there are many other permutations regarding this topic and we will address them in future blogs. There are different words out there to describe gender identity such as gender expression, non-binary, fluid, etc. So many that we can not address them all here. But the takeaway message is that when speaking with an adult and you don’t understand the terms that they are using to identify themselves, just ask! Adults and young teens are very receptive to being asked to explain further what a particular term means to them.